The official name of this tooltip's the ubertip, but the devil's tooltip shows its real nature.


Ubertips appear after clicking on row or column headers, when clicking on a mark or data item in the view, they don't appear.


Let's analyse this example.
After clicking on the text in the heading, the tooltip pops up.

To get ride of regular tooltips it's enough to:
go to upper menu: Worksheet=> Tooltip
leave 'Include command buttons' unchecked and delete everything from the box. 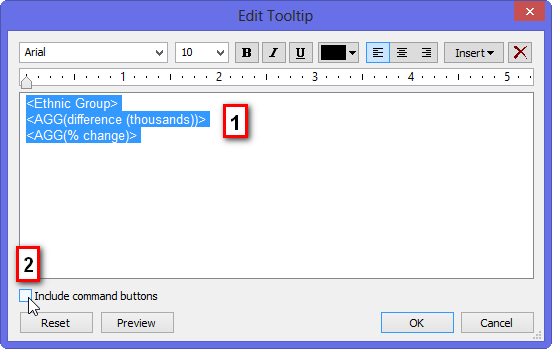 I have a trick to solve this problem.

Right-click on the name of the sheet and 'Duplicate sheet'. 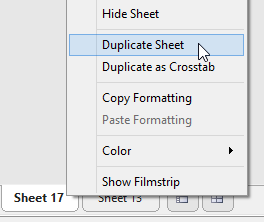 Delete the data part of the chart to leave only the row header (in other words got rid of everything what is in the Columns and the Colour Mark). 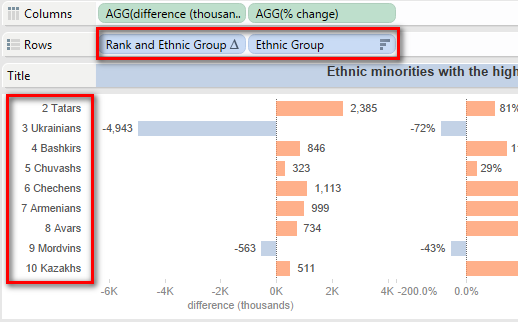 You get something like this (it's the first chart). Make the column as narrow as possible so the ABCs disappear.

Go to the original sheet and click the dimension in the Rows and leave 'Show Header' unchecked. 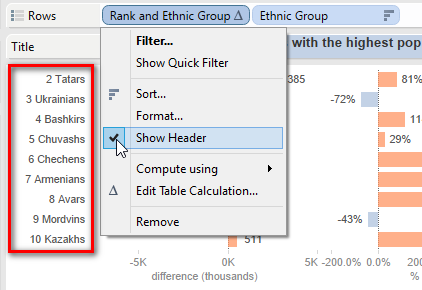 You get something like this (it's the second chart): 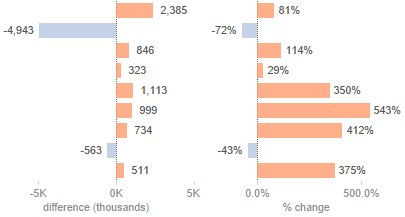 After this complex and long process, you have one chart in two pieces :) Place both charts next to each other on the Dashboard.
Devil's tooltips show only when you hoover over headings.
The first chart consists a heading and nothing more so the tooltip appears, but only when part of the text in the heading is hidden and the tooltip includes the text but no data or command buttons.


The second chart has no heading so nothing appears. 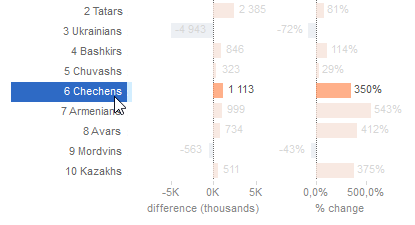 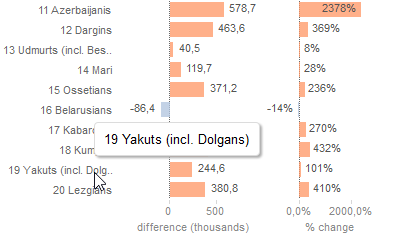 It's not a proper solution of the problem, just a tiny trick when the devil's tooltip makes you really crazy. From a philosophical point of view, it doesn't have any sense as it is an example of Occam's razor.

Wikipedia says:
Occam's razor is a principle used in problem-solving devised. It states that among competing hypotheses, the one with the fewest assumptions should be selected. Other, more complicated solutions may ultimately prove correct, but—in the absence of certainty—the fewer assumptions that are made, the better.

Or speaking in our language if you can present the data using one chart don't create two :)

Here is a support group for people unhappy with ubertips in Tableau, you can vote for changing devil's ubertips into something more friendly. 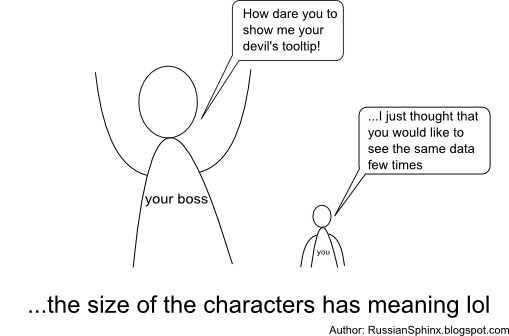 Posted by Russian Sphinx at 9:43 AM

Email ThisBlogThis!Share to TwitterShare to FacebookShare to Pinterest
Labels: tutorials

Russian Sphinx
On this blog I publish charts, maps, data visualizations and provide links to interesting sources of data around the web.

Most of the images on this blog belong to me.
DO NOT try to use them without permission, or I will put a spell on you.
Ask nicely by sending an email for permission to use my works.